Story ~ The College of Respect 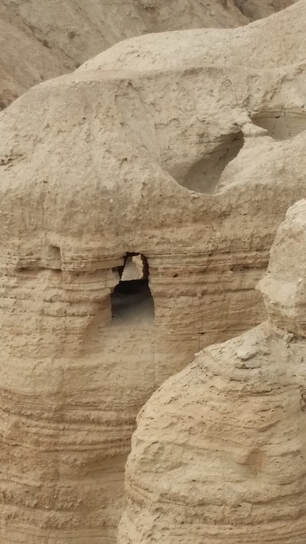 A young girl named Ora approached the checkout counter to pay for her supplies. With a nasty look, the clerk rudely threw the change back at her. It was like a dagger in her pure heart and she began to cry. The clerk and his friends made fun of her and laughed.
Ora ran home to tell her Mom what happened. Her Mom responded, saying “Some people never learned to be respectful. Disrespect has wounded and filled them up with impurity. They should not be taken to heart. They simply need your compassion and light Blessings.”
Then she taught Ora the Energy Ball to maintain her pure, lovely spirit and how to use it to dissolve impure vibrations. Her Mom continued sharing with Ora the meaning of respect:
Respect is an inner power, it is a way of thinking and living. Unfortunately, many people have lost their connection to respect, and you met some of them today.
Smile at people; look them in the eyes. Don’t impose yourself. Wait your turn to speak, listen to what someone is saying, and discuss what they say. Don’t argue with them. Respect is honoring, and it comes from your heart.
From that moment on Ora payed attention to how respectful or disrespectful people behaved. She noticed that many people carried the spirit of respect inside of them, and knew how to express it. She felt good being around these people. Other people seemed to be disrespectful for no reasons whatsoever. Sometimes, she would inquire why and discovered they were unaware that their actions and words were disrespectful!! They were just doing what everyone else does. Rapidly her passion for spreading the consciousness of Respect grew into her life's calling!
After graduating high school, Ora decided to major in Respect at college. To her astonishment, there were no schools ready to teach respect as a major area of study. Eventually, Ora found a small alternative college that allowed her to major in Promoting the Consciousness of Respect. She created her own curriculum, immersed herself in the World of Respect, focusing on the reasons why individuals and societies were respectful and disrespectful.
Ora began by taking surveys, inquiring about awareness of respectful and disrespectful attitudes and actions in their community. She asked about their respect training and how respectful attitudes were shared between their friends and within their family.
With this information, she created an evaluation sheet, allowing her to analyze the levels of respect and disrespect present in individuals and the community. She then created a few tools to guide individuals and communities out of disrespect:
• A booklet called “Choose Respect”. The basics about individual and collective Respect.
• The “Respect Ceremony”, based on the Energy Ball Ora

learned from her Mom as a child. After Ora graduated from college, she sought out financial backing. Eventually, one wealthy woman recognized her potential and visited Ora. Following their first bonding conversation, they instantly became life-long friends and she jumped into Ora’s life! She was not only the benefactor, also an advisor and a vital member of the Respect Team!
They invited all the respectful people they knew to a Respect Ceremony. It was an amazing success, drawing vibrant people from all over the Planet Earth!
At the gathering, a Respect Team was formed. Some of the
team were from Spiritual Peace groups in Israel and Palestine and they insisted that Ora and her Respect Team bring The Spirit of Respect to their problematic region.
Ora and the Respect Team accepted. They discussed what would be the best approach for them to introduce the Spirit of Respect, and decided to have a series of at least 20 Respect Ceremonies in strategic locations around
Israel and Palestine. There they would distribute the booklet “Choose Respect”. The gatherings focused on being creative with the concept of
Respect. They considered how each one can influence their community with their words and actions, thereby creating a Respectful society. These gatherings were fun, creative, and very exciting!
Some of the topics they considered were respectfully living with your neighbors, respecting yourself, respecting Planet Earth, and respecting food and water.
After this series of events, Ora and her benefactor opened a training school on the Sea of Galilee, which quickly turned into the “The College of Respect”.
The College grew in many directions:
1. Instructing individuals and teachers in the:
• Respect Method
• Art of Communicating the Spirit of Respect
• Respect Ceremony

2. The College included a Respect Research Department, to expose common disrespectful attitudes that are present in society, but unrecognized, and to provide creative solutions to transform these communities into Respectful places to live.
3. It organized learning through Respect Projects, a few examples:
• “Driving with Respect” program: Teaching automobile drivers how to create safer roads. This was enormously successful, and led to Respect lessons becoming required in order to maintain a driver’s license in Israel, and several other countries.
• Respecting the Natural World: Cleaning up and repairing natural areas; and instructing people on how to Respect all aspects of nature.
• Television and radio station were taught how to play respectful music and talk shows focused on educating people how to be respectful.
• Musicians were guided to create respectful songs that

inspire people to be wiser. The College of Respect’s reputation began to spread into the educational facilities throughout the world. Their work was translated into many languages, leading to a global consciousness of Respect.
Respect became natural, resulting in happier and healthier
children, parents, families, teachers and school workers. Many could actually see the infusion of Respect as a translucent light purple haze filling the atmosphere, spreading to every part of the globe.
At this point fewer and fewer people wished to spoil this growing respectful atmosphere, evidence that the Collective consciousness to Respect was overtaking Planet Earth.
This meant that they succeeded, and there was no longer a need for The College of Respect. So, they shut the doors and went on a long and joyful vacation!!